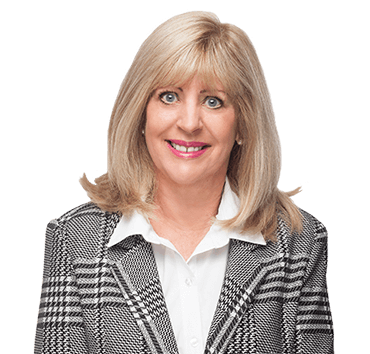 204.334.7866
cathycox@mymts.net
By signing up you consent to receive electronic messages from Manitoba PC Caucus

Cathy Cox was elected as the MLA for River East in 2016 and was appointed to Cabinet as Minister of Sustainable Development. Born and raised in north Winnipeg, Cox has spent many years volunteering for various initiatives in her community including the Sun Valley Parent Association, Heart and Stroke Foundation of Manitoba and the Canadian Cancer Society, Manitoba Division. She was the recipient of the Queen Elizabeth II Diamond Jubilee Medal for her outstanding contributions to her community. She and her husband Herb have three sons and two grandchildren.

Cathy Cox was elected as the MLA for River East in 2016 and appointed the Minister of Sustainable Development.

Raised in north Winnipeg by a close-knit Ukrainian-Polish family, Cathy is a strong believer in giving back to her community and carries many values that guide all aspects of her life.  Her parents instilled in her a strong work ethic and taught her the important of honesty, integrity and compassion.  Today, Cathy and her husband, Herb, live in River East where they raised three sons and now have two grandchildren.

As a proven advocate and leader, Cathy persevered within her community by serving many volunteer roles.  This included becoming president of the Sun Valley Parent Association, where she helped successfully raise funds for playground and school upgrades; as an executive member of the Gateway Recreation Centre, where she chaired the fundraising committee and ran a success capital campaign to ensure all users had equal access to the facility with the installation of a Sportsplex elevator; and where she also coached, convened and managed various sports teams.  Cathy remains an active Gold Heart canvasser for the Heart and Stroke Foundation of Manitoba  and the Canadian Cancer Society, Manitoba Division.

Cathy is a past recipient of the Queen Elizabeth II Diamond Jubilee Medal for her outstanding contributions and dedication to her community.

In her career, Cathy holds a diverse background of expertise from working as a resource officer within the public sector, a special assistant to long-time MLA Bonnie Mitchelson (former Minister of Manitoba Family Services) and worked with a major financial institution. This allows her to serve in the legislature with experience, balance and a good understanding of both the financial and social issues facing our province.